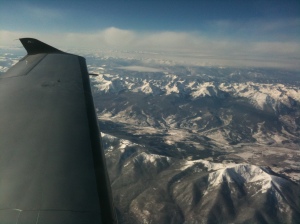 View over the Rockies, from the Pilatus

This is a story about planes. Private planes, small planes.

I’m not a pilot. I’m not planning on becoming a pilot. At my core, I’m engineer and a science fangirl, and I love to constantly learn new things. I like to learn new things that are difficult, but I need to be interested in them. I’m not going to teach myself high-energy particle physics – not because it’s too hard, but because the details aren’t interesting enough for me to master. I’d rather watch, or read, about someone else’s discoveries.I got my creds, though. I’d have Brian Cox’s love child. 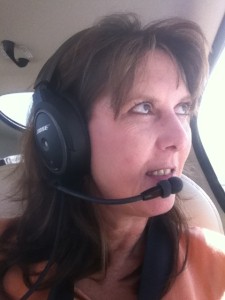 My first boyfriend had his pilot’s license. I did not get in a plane with a 17-year-old with a new license, in case you are wondering. My dad, who served in the Air Force for over 20 years, had his private license and instrument rating, although he hasn’t flown in many years. I’ve worked for several companies that had planes to help manage travel. I’ve flown in small two-seaters and in Gulf Stream jets. 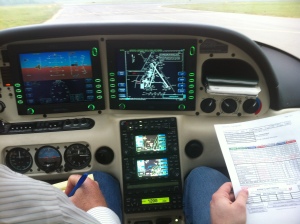 The cockpit of a Cirrus SR-22

I’ve been working in my Dream Job for several years. A while back, we (meaning the company) acquired a 2008 Pilatus PC-12-NG, a single-engine turbo prop that holds a pilot and nine passengers.  Our “mission” is cross-country trips to our field offices or remotely-located job sites. Since the plane is designed for a single pilot, I occasionally got to sit in the right-hand seat (the co-pilot) and began to learn the language, ask endless questions of the pilots, and sometimes operate the radio to check in with air traffic (“Houston Center, good afternoon, this is Alpha Bravo one-two-three, checking in at 22”). I had good teachers: our corporate pilot is a former Navy Jet pilot and flew jets off of and on to carriers (which prompts a lot of jokes about him only being able to land directly into the wind, with a tailhook to catch him). He also flew for a televangelist, which I will write about soon. I call him “Striker”. Our other primary pilot flew for American Airlines for over 20 years. They’ve got experience.

Recently, we traded this wonderful plane for a 2000 Lear 31, which is faster but much cheaper to buy. Alas, it requires two pilots, so I no longer can sit up front, but we get around faster. Since the plane is more expensive to operate on an hourly basis, we have to do the economics, depending on who needs to travel, whether it’s better to take this or commercial flights. On a personal basis, let’s just say the benefits of speed and not messing with lines and security outweigh the frequent flier points. 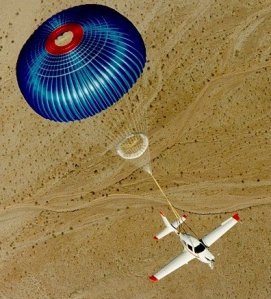 A year ago, we got a late-model Cirrus SR-22. THIS is a seriously cool airplane. A single-engine plane, it has a kick-ass Avionics package and computer system – dual GPS, XM satellite uplink with constantly updating weather maps, everything slick and modern. That’s not even the cool part. This is the cool part: 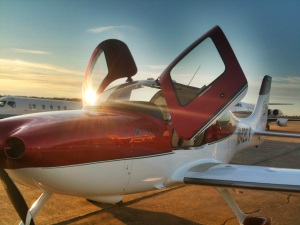 I fly in this for business trips. Sometimes I push buttons.

The plane has a parachute. I don’t mean that you have a parachute that you can put on and jump out of the plane. I mean, the PLANE has a parachute. Here’s a video of the plane going into a spin, and the parachute being deployed. I’m told that no one has ever died in a Cirrus, if they have deployed the parachute under the design conditions, which essentially are – above 500 feet, and less than 135 mph. Lower than that, and the chute may not have time to fully deploy. Much faster than that, the chute can rip away from the plane. Having a parachute can’t make up for inexperience or poor judgement. I’ve got a check list and have been trained on how to pull back the throttle to slow the plane and kill the engine, and pull the chute. I know how to use the radio, and will eventually learn how to program in the flight plan. I also know how to turn off the autopilot: I talk using my hands, and sometimes have bumped the button on the co-pilot’s control stick. The pilot just rolls his eyes and resets everything.

The parachute is a good thing to have, not just for back-up safety, because this plane has been called the ‘doctor killer”. It’s the Ferrari of planes. When you learn how to fly, you learn on a simple plane, such as a Cessna 152, so that you can learn to fly. You have to learn the physics of flying, the technology, how to file flight plans and talk to the controllers, how to recognize weather, how to know your limitations and the limitations of the machine. The running joke is that some who has a lot of disposal income, and wants to fly, will go out and buy the biggest and baddest plane they can find, something flashy and prestigious. It’s too much plane for a beginner, and so they get into trouble and don’t have the experience to manage the situation. Hence, ‘doctor killer.’ 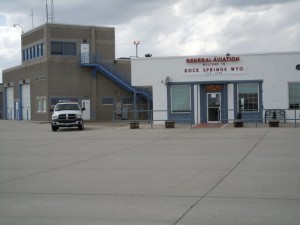 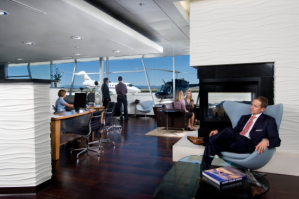 FBO at Centennial Airport, Denver. Our pilots really like this one.

Another part of flying in private planes, away from the commercial airports, are the Fixed Based Operators, known as FBOs. These are the usually privately-owned centers that general aviation (i.e, noncommercial) pilots use to fuel and file flight plans, hangar or tie-down their planes, and other services. FBOs are a place where you would go to take flying lessons or rent a plane. Pilots, who are frequently contract or employees of company planes and have a bit of waiting-around time, will find lounges and sometimes beds. They are places that will arrange for a rental or loaner cars, have weather stations, mechanics, and other necessities. Some FBOs are rather rustic (Rock Springs, Wyoming),  but many of them are upscale (Centennial in Denver), including short-skirted women who roll out red carpets and drive the passengers to the terminal in golf carts.  The women’s lounges will often have hair driers and curling irons, lotions, soaps, fresh toothbrushes and mouthwash, and baskets of “women’s hygienic products”. Although I tend to fly into the same locations over and over, I always find it interesting to see what the FBOs are like. 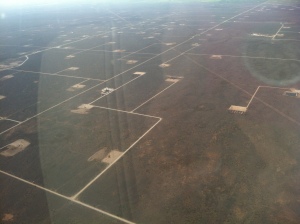 I still don’t (yet) have a desire to get my license, but I constantly ask questions of the pilot – how does this work, what is this called, why do we do this. I don’t have to be asked twice if I want to go in the Cirrus rather than fly commercial. The seats and leg room in the plane exceed Business Class. I mean, flying in the peaceful sky, above the clouds, absorbing all the technology and protocol, and never going through TSA molestation? Cutting hours off my trips? Are you kidding me?