Home › History › The common use of the “N” word Fallacy

The common use of the “N” word Fallacy

I  grew up in the South.  Certainly below the Mason Dixon line, I was born in Washington DC and grew up in Maryland.  Maryland has a state anthem, that once you get past the first few verses pretty much says “Suck it federal government” and “I love owning slaves”.

It’s sung to the tune of “Oh Christmas Tree”, and all I ever learned in school was the first verse. 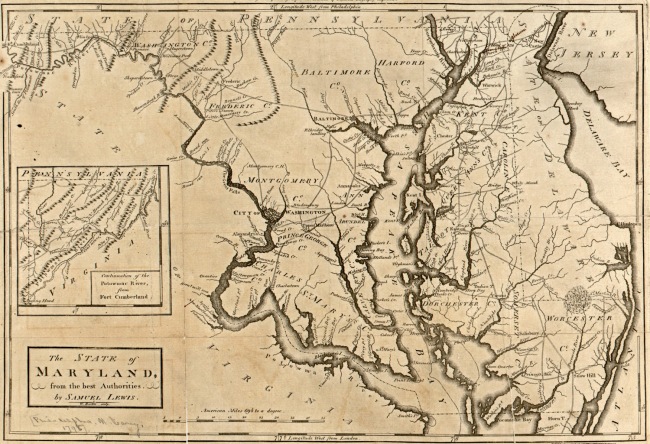 People legally owned slaves in Maryland during the war. Washington DC was in a bad location, as many Maryland residents were not to be trusted.

Still, while most people in the deep South do not consider Maryland a Southern state, it has deep racist roots.  My own family fought for the North.  Our family tin types from the Civil War show Northern uniforms.  That’s because we were kicked out of Scotland to settle on an island on the Chesapeake, but only after being indentured servants.  A family history includes bits of a diary where the family mentions fighting for the North as our religious beliefs did not include owning slaves.  Maryland was a state where Dr. Mudd set the leg of John Wilkes Booth after he had shot the President Lincoln. While later pardoned, historians now say Dr. Mudd knew Booth personally, and certainly if not at the time of treating Booth, then later knew darn well who he had treated and why.  Maryland residents were instrumental in helping Booth eventually escape to Virginia where he later died of wounds. 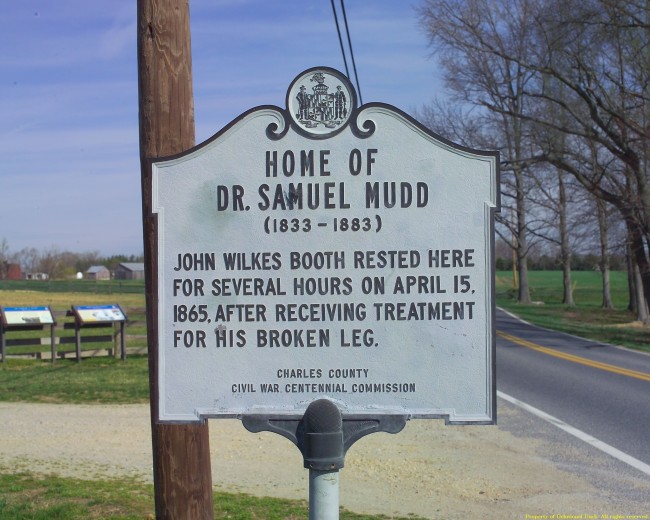 The people of Maryland helped hide Booth, it was Virginians that helped turn him in.

Growing up, I never heard anyone use the “N” word.  It just wasn’t used.  The word was “colored”.  My grandmother would have a black workman over to the home, and he would eat in the kitchen a lunch she had prepared.  He didn’t eat with us at the dining room table, but then again I had always assumed it was because he was usually quite dirty from whatever work he had been doing.  I know I was sent to the kitchen table to eat by myself if I came in from a day playing a complete mess.

One day a friend used the “N” word.  My grandmother was very upset, you didn’t use that word.  She didn’t mention how it was demeaning and an insult.  Instead she believed it was a reflection on the person that used the word. “Only very ignorant people use that word. It’s a sign you are lower class”.  This was the same 1960’s Paula Deen grew up in.  It was wrong, but wrong for the same reasons cursing and saying someone “Jewed” you.  Only poorly educated people used language in this manner.

“Golly gee, this pan is black as a n….” (don’t say it Paula, my grandmother would wash your mouth out with soap).

My grandmother had trouble adjusting to “black”.  The hospital where she worked was integrated, but the form had a box to check for “Race” and it said “Colored” not “Black”.  I did point out to her that if she had a patient that was black, she would always say “I had this interesting colored patient today…”  I asked why she never said “I had this interesting white patient today…”  She took the criticism well and with consideration.

When I was a moderator on the JREF forums I found that many people from Europe would use the “N” word in posts. I would have to explain why this wasn’t allowed.  Many of them had learned English partially from American made films. The films had given them the impression that using the “N” word was acceptable.  I would try to explain this word was controversial even in the black community, some feeling it was alright to use among other blacks, others calling for no one to use the word, whatever color they were.  I always ended with “If  you aren’t black, don’t use it. Ever.  It’s incredibly disrespectful, and shows a lack of education.” (I would throw that in as something I had learned from my grandmother and wanted to pass on).

Just because you heard it in movie, doesn’t mean you can use the word.. unless you are in a movie and the script tells you to. Also if you use the word in a movie and you are white, pretty soon these guys will kill you. The hint is that white people that use the “N” word in movies soon die. (for my non- US readers)

Posters on the forum would actually thank me, one saying he hoped to visit the US one day and now understood he would have faced a potential beating if he used the language he learned from Martin Lawrence.

When Paula Deen claims this word was in common use in the 1960’s and 70’s, I counter with it was known to be an insult and term of derision even back then.  It was certainly not a cute nickname or in any way acceptable.  It was said out of prejudice and hate.

The fact is that people I grew up around that were not for equal rights and often made derogatory remarks about blacks, never used that word. Some people would say all sorts of things about “coloreds”, but never the “N” word. Even they weren’t known as very nice people.  Since Paula Deen was a child at the same time I was, she can’t claim “I never heard this word used often”, because it was not used around a small child.  She was young and she claims to have heard it on a regular basis.

I did hear the word, but those that used it were seen as uneducated and probably as was said of the poet Lord Byron  “Mad, bad and dangerous to know.”  Good people, especially good Christians, never used the “N” word. (My grandmother liked to throw in the “good Christians” thing, but in her case she really meant “nice people don’t use that word”)

Like Loading...
‹ Friday Fun Flick…Where are YOU?
Invasion of the Giant Zombie Flesh-eating Cicada. Or Something Similar ›