Home › Travel › Why cheating will always be with us.

Why cheating will always be with us.

I have a wonderful variety of friends.  Some are happily partnered and monogamous.  They joke “I can only handle one partner.” They just feel comfortable in a marriage like “mom and dad”.  Others feel with children, monogamy is just the most comfortable option.  I know one couple that said they will consider open marriage, but only when they feel the children  are old enough to deal with the subject.  They feel “sneaking around” and “hiding” that part of their life from their children would be dishonest in a family that values honesty.  Often it is hard to be “open” about having an “open relationship”. 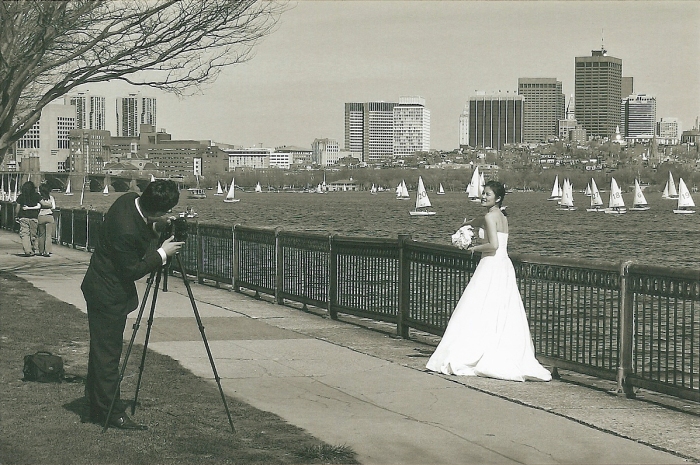 We all have to define marriage for ourselves, but respect should be part of any relationship

The stigma society still places on this subject has made many people feel they have to be discreet about their open marriage choice with family, friends and work.

There are those that feel “open relationships” will cure cheating and help keep the divorce rate down.  They make a good point, many marriages end because of “cheating”, however studies seem to show that the number one predictor of divorce appears to be disagreements about money.

I have to agree is that I think the biggest problem most people have with cheating isn’t the sex, it’s the lies.  Many a marriage has been saved when both partners have sat down and agreed that an open relationship is the best thing for their marriage.  Does sleeping with someone else you are attracted to mean you have to lose full custody of your children, and also the joy of living with your best friend and partner?  While not for me, I respect couples that sit down and honestly have this conversation at some point in their relationship.  It then is no longer “cheating”.

I know a couple that has clearly defined rules, no missing children’s events for another partner, no children with the other partners (financially it would effect all partners if child support was needed), no bringing home STDs, and no large purchases with family money for another partner without the approval of both partners that are married.  As in any relationship, they claim the number one problem they have with an open relationship is money.  As it is the number one thing married couples fight about,  it makes sense open relationship relationships will also fight about this topic.  Their worst fight wasn’t over sex, it was over the husband buying a new expensive TV for one of his long time partners for a holiday gift, and using the children’s college fund to pay for it. He replaced the money, and the “no big gifts without approval by all” rule was started.  It’s not “open no rules swinging” for the people I know in open relationships.  There are as many rules, and as much respect expected, as with any traditional relationship.

One important rule, keep it covered! Share the love but not anything else!

Still, the perfect world of happily openly married couples, with low divorce rates, will never fully replace cheating.  That’s because the world is full of people not willing to treat others with the respect that any relationship demands.

The people I have known over the years that cheat, for the most part, do not cheat because they are too afraid to ask for an open relationship with their partner.  I’ve suggested often “why don’t you talk to your wife/husband about having an open relationship.  This cheating business seems like it involves a lot of sneaking around and lies.”  It did not take me long to figure out that ,for some, it is the sneaking around and lies that makes cheating so much fun.

Cheating can take a life ,that is perhaps a bit dull and sneaking into middle age,  exciting.  “It’s the chance that you can be caught that makes it so much fun.” one co worker confided.  Nothing can come closer in their lives to  a James Bond lifestyle than figuring out an elaborate ruse to fool your wife you are at a convention, when you are really at a hotel in New York with your “girlfriend”.  Meeting your boyfriend for lunch, and having to drive towns away so perhaps no one will recognize you, is also a “lot of fun” I’ve been told.  One woman told me she dresses up, so she doesn’t look like her usual jeans and tshirt mom, and sometimes even wears a wig and sunglasses.  I tried not to laugh, but for her, this is what makes her life interesting and exciting. 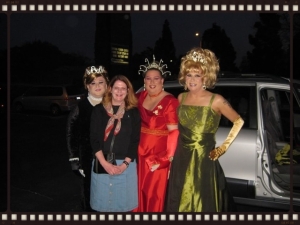 Life is exciting enough without cheating, if possible, be honest about your need to include other people in your life.

The cost of being found out is indeed high.  Divorce can mean financial ruin for both these “cheaters” I currently know.  The woman I know is not really prepared to give up her very lovely married lifestyle to try to live on alimony and child support.  Her husband is a great dad, and drives the kids to school and enjoys spending his bonus money on nice jewelry and clothing for her.  I joked if he found out and demanded a divorce, she’d be giving up a lot of the material things she loves, plus a father that is very involved in the lives of his children.

However, I also point out she could make a good case for an open relationship. She’s bored and he travels a lot, wouldn’t it be easier to just be two adults and talk about this possible change?  Wouldn’t it be better than the lies and planning and even fear of being caught?  Her answer was “no”.  She joked “But then I’d have to take up motorcycle racing, or bungee jumping….I need this in my life or I’d be so bored.”  She even jokes she hopes he’s fooling around, maybe all his business trips or late nights are spent with another sexual partner.  “I don’t want to know, “she says “as it would ruin his fun.”

She compares it to shop lifting when she was a teenager.  “My friends and I would shop lift lipsticks, makeup, whatever we thought we could get away with.  We had the money to pay for it, but it was the excitement of getting away with it that mattered.”

The price when caught can be huge.  Financially, a divorce can lead to a splitting of assets, selling of the family home, and in some cases a family business ruined.  We had a lovely local candy shop in town, for years it was a favorite place for my children to visit.  We were there almost weekly.  When the wife was found to be cheating, the business that had taken so many years to build up (into more than 5 stores across the area) had to be sold and the profits split.   An open marriage, where at least the wife could have asked “would this work for us?”, might have allowed their financial prosperity to continue.

If it all reads like a bad TV movie, that’s because it’s how some people think their lives should be.  It’s not the sex, it’s a cure for boredom. It’s also the “I can never get caught” ego of many men and women.  It’s not fair to the partner, and probably often the partner would agree to an open marriage.   An open marriage  might not be the same level of excitement as “risking it all, family and finances”, but it’s  a lot safer.

Is it about the sex? Or about the “naughty” sex? It’s all about personal choice…but those choices can come with a cost.

I’m the sort of person that watches people bungee jump and thinks “I would never do that.” I see people parachute out of planes and think “interesting to watch, but really not for me.”  Maybe I have the wrong personality type to see the excitement in cheating.  Honesty is important.  Even if that honestly is difficult for a partner to hear.  I think though that as open marriages become more the norm, or at least far more common and openly spoken about than now, cheating will still have a place in society.  The excuse will still be “I don’t want to hurt my partner” but, in their hearts they know, it’s about the excitement.