The first time I went to Bern, Switzerland with my
husband he wanted to see the train station.  You have to understand my husband collects European toy trains, so for us any trip in Europe is by train, and any station is worth seeing.

When we got off the train we must have looked like lost tourists, as a non English speaking local decided we must be looking for downtown Bern.  We were powerless to stop her as she grabbed both our elbows (we were both holding cameras happily taking photographs of trains) and pulled us up out of the underground station and into the delight that is Bern.

Seeing Bern for the first time we could understand her enthusiasm.  Bern is a town that burned down ONCE.  The good citizens of Bern decided that they needed to rebuild, but they were going to rebuild in a fire proof material, stone.  It should be noted the fire was in 1405.  When you see Bern, you feel as if you have been transported to not long after the rebuilding.  It is breathtakingly beautiful, so much so that the part we were gasping in delight at was declared a UNESCO World Heritage Site.

The shops are all delightful, the sidewalk cafes have sheepskins thrown across the chairs for the comfort of the sitter and everywhere you look there are bears.  Bern means “bear”.  However Bern acquired the name “Bear” the citizens have taken it to heart.

In fact, there are even LIVE bears happily ensconced in new living quarters that are a delight to visitors.   Bear candy, stuffed bears and bear statues galore along with the rather spoiled real life bears, show that Bern that glories in the name “Bear”.

Best of all chocolate bears! 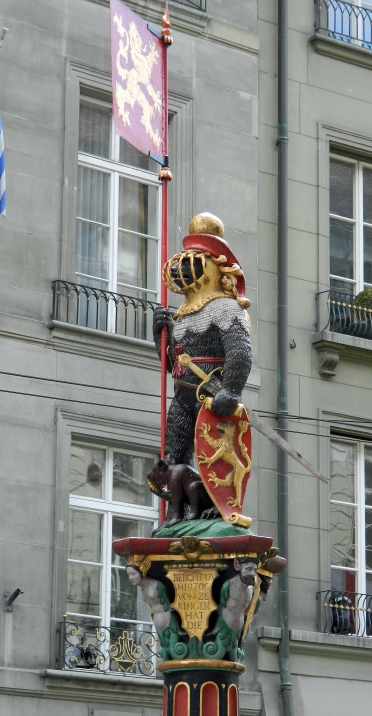 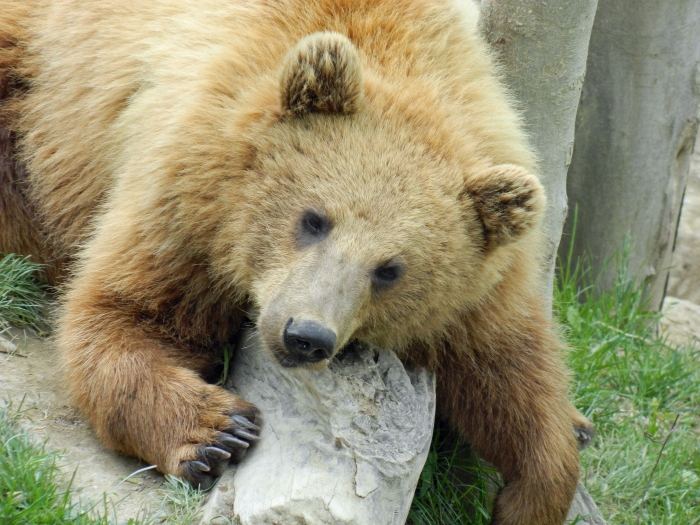 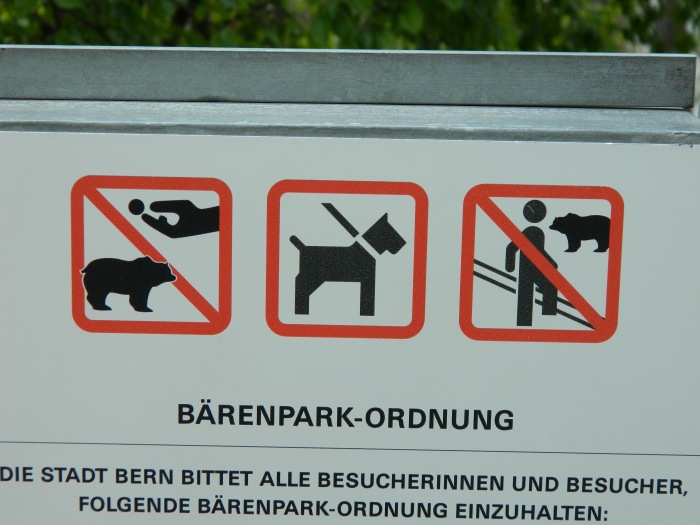 Good advice for the tourists and citizens of Bern