When I lived in Brussels with my family, I was slightly confused at the many things named “Astrid”.  I knew that “Astrid” was a more “Nordic” name.  I asked around and was told about the wonderful, still deeply loved, Princess Astrid. Her tragic death still haunts the memory of the people of Belgium.

Astrid was a Danish princess, simply a younger sister, from a very happy “informal” royal family.  She was a naturally happy little girl, and her marriage to the heir to the throne of Belgium was based on romance and love, not arrangement.  She first won over her new subjects by wearing all white, appearing as a “snow princess”, and impulsively rushing to Leopold to kiss him on her arrival in Belgium.

The middle of this video shows the “impulsive” kiss that won the hearts of everyone.  Astrid had three young children, and was thought pregnant with her forth, when she died.  Her “hands on” mothering, even pushing a pram in the park in front of the royal palace, was much approved of by the people of Belgium.  She interested herself in children’s causes.   Her obvious devotion to her own children only served to increase her popularity.

Sadly, her early death was even more shocking than the death of Princess Diana.  Queen Astrid left three young children.  Her husband never spoke of the accident.  He had been at the wheel of the car when the accident happened.  His popularity slipped with the people of Belgium after he remarried.  Eventually he was replaced by his eldest son.  Her youngest child, now King of Belgium, honors her memory even though he was too young to really remember her.  As a child, he would write to her via his diary.  Her death was a tragedy the children never really recovered from, and reminds us all of the importance of mothers.

The chapel, I am pleased to say, is spotless.  There was a caretaker there.  He keeps a close eye on all visitors!  He even raked over a spot where I had disturbed a few rocks!  Someone, somewhere, makes sure this memorial is as beautiful as the woman it honors.  I was glad to see she has not been “forgotten”.

The chapel, all is neat and clean 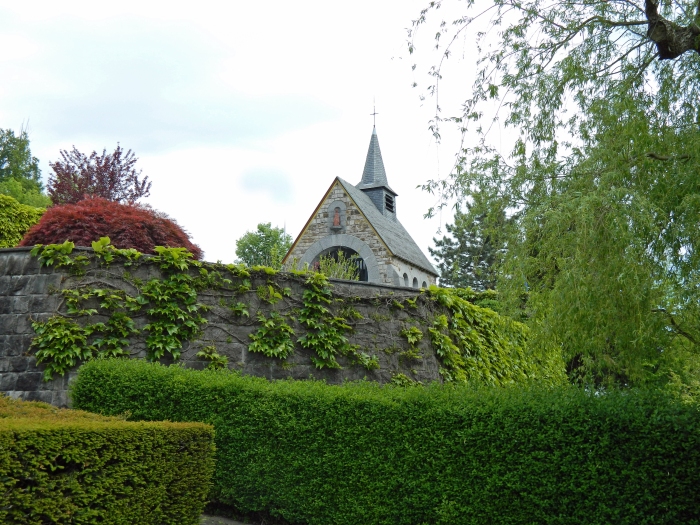 So my simple curiosity about “why are so many things in Brussels named Astrid?”  ended in a journey to Switzerland.  Her chapel is well worth a visit, and it is close to a train stop.  A quick walk takes you there.  It is close to the Transportation Museum also, so makes for a lovely day out. 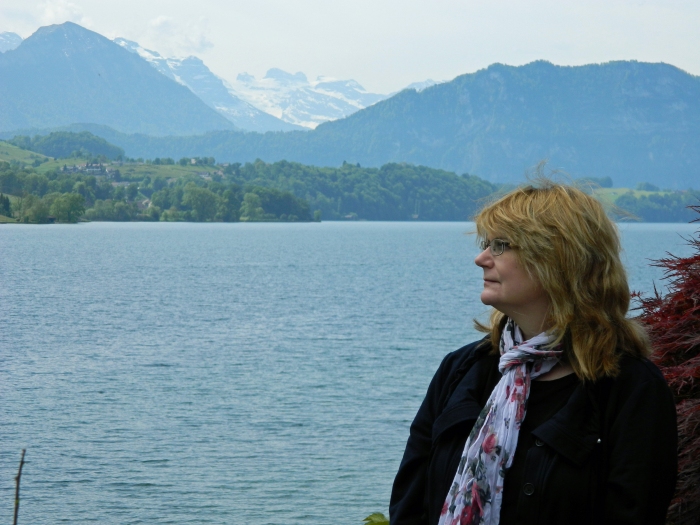 The view from the road to the new pear tree