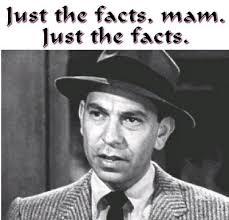 What my version would have been:

Your dad cut his hand last week, while working the yard. It became infected, and he’s been to the doctor twice. If it’s not better tomorrow, he may be admitted to the hospital. I’ll keep you posted.

On Tuesday…no wait. On Monday, the sprinkler guy came out to adjust the system, and he told us there a broken sprinkler head. So on Tuesday, Dad went to Home Depot and bought the parts, and about 2:45 he went out back to fix it. It was in the backyard. He got a shovel, well, the little spade, and was digging around the head and getting the dirt out so he could work on it, and something either stabbed or bit him. He said it hurt really bad and he jerked his hand back. It was bleeding, so he went into the garage and wiped it off and put on a little bandage. It only took one of those little spot bandages. And then he went back out and finished fixing the sprinkler head. That was last Tuesday. On Sunday, he said ‘come look at my hand, it’s all swollen.”  And his hand was really swollen and puffy.

So Monday, this was this Monday, he went to the doctor and she gave him a shot in the butt and some cream for it. She told him he might have to go to the hospital, but you know your dad, he said “I’m not going to the hospital.” And he went out yesterday. His other doctor was about to retire, so we found a new one, and we really like her. She’s good. And she really takes care of him. So he got another shot in the butt, but it’s starting to spread up his arm and turn read, so he’s going back out today. It was just something in the ground, something bit him and it really hurt.

Me: Is it a staph infection?

Mom:  Well, we don’t know, just something bit him and just left a tiny mark. I told him, every time one of us gets a cut or a scratch, at our age we need to really wash it with soap and water. Not just wipe it off. You know your aunt. when she had that problem with her leg, got a staph infection and was in the hospital for 90 days.  That’s what’s in the hospitals. I should tell him to ask her.

Me:  Well, staph is everywhere and on everything.  Has Dad had a tetanus? I assume the doctor asked him.

Mom: Your dad won’t let me go. I wanted to go, but he always says “You don’t need to go.” He never wants to go with me either. I’ll tell him to get a tetanus shot. It was just a little scratch but he said it sure did hurt, I can’t think what would have bit him from down in the ground. And he had to go way out there to the doctor all ready, and now he has to go back.

My mom always has to give the complete narrative, with any extra bits of information that she finds interesting. If she tells me something about one of my cousins, for example, she’ll first have to say something about a previous week, and bring in some friends in common, and not only where she was headed when she had the car wreck, but what she was going to buy at the store, and why.  If I try to interrupt and just get to the end Is she ok, was the car ruined? she will keep on with the story.

Once, I tried to say “just get to the point” but she got a bit angry with me. And since she’s my mom, I guess I need to be polite.

Dad, when you read this, you don’t have to share with Mom, OK?