Home › Family › French Flirting vs. US Flirting! (guess who meows?)

French Flirting vs. US Flirting! (guess who meows?)

I have always enjoyed the manners of men when I am in France and Belgium.  They hold doors, and are usually very polite.  I know I am in the category of “maman”, as in Belgium I usually had a child along.  Now when I travel  in France I have the look of a mother or grandmother with a comfy lap for a child to sit upon while I read them a book.  I am treated with respect, though a few older gentlemen are more than glad to give me a soft whistle or a compliment as they hold a door for me.

I first discovered how truly vocally appreciative the French culture can be when I took my then young teen daughter, Aynsley,  to Paris.  She had lived in Brussels, but had been in the young “I have braces and baby fat” stage of life.  We were both unprepared for the Paris assault.

It did not matter one bit that her father and I were with her.  Men were very vocal.  The Frenchmen did not consider what they were doing insulting, it was truly appreciative in nature.  I think it started when we walked off the airplane and didn’t end until we flew home.

Men would openly stop and LOOK, they would turn around and LOOK, they would yell compliments, in English and French.  Our favorite of all was the “Meow”.  Yes, they would meow, which was something I had only read about!  It is done as a mix between saying the word, and speaking it as a cat would.  Well done it is an art.  The French have perfected it.  My favorite “Meow” of all was from a group of workers, clinging to girders far above us as we visited the Eiffel Tower.  We turned and waved, and they waved back and showered us both with compliments to our beauty.  (I admit, mine were “Your daughter is beautiful just like her mother” was the best I received.  At my age I’ll take it!)

Her father and I were slightly familiar with this because of Aynsley’s older sister, who got a fair share of attention in Brussels.  But Paris was a whole other level.  We didn’t give people dirty looks, or turn and ask them “What do you think you are doing?  She’s underage!”

The French obviously felt they were doing nothing wrong, as many people come up to me and complimented my husband and myself on our child.  “Madame, your daughter is very beautiful!” was said in English to me more than once.  We are, like most non Parisians, very obviously not locals.  I was touched that the French, with their protectiveness of their own language, would make the effort just this once to talk to me  in English.

Her father, laughed a lot, but also said he was happy we were not raising her in Paris.  At our hotel in the evening, more than once, strange young boys would knock on the door and ask if  our daughter could go out with them for the evening!  Protective American parents that we are, we would laugh wondering what parents would say “Yes, go out with these French boys!”  (they probably would have shown her a lovely time, but we could only fight our own culture so much).

Edmund White, in his lovely wee volume on Paris “The Flaneur” writes of the cultural difference in flirting between the US and France.

Straight people cruise one another in Paris; unlike Americans, who feel menaced or insulted by linger looks on the street, French women-and men!-consider la seduction to be one of the arts of living and an amorous glance their natural due.  When I lived for several months in the States with a young French man and woman, they were puzzled and hurt at the end of their first American week by the lack of attention they were receiving. ‘Maybe Americans don’t like our looks’ they asked.

I had to explain to them that American style feminism had retrained men not to ogle women – but that, more significantly, Americans consider the sidewalk an anonymous backstage space, whereas for the French it is the stage itself.

Our family hopes (and is saving up FFmiles) to return to Belgium and France next holiday season.  I am going to very much enjoy having my two beautiful young women along with me.  While the “maman” gets treated well and complimented, I miss hearing a truly well done “meeeeowww!” 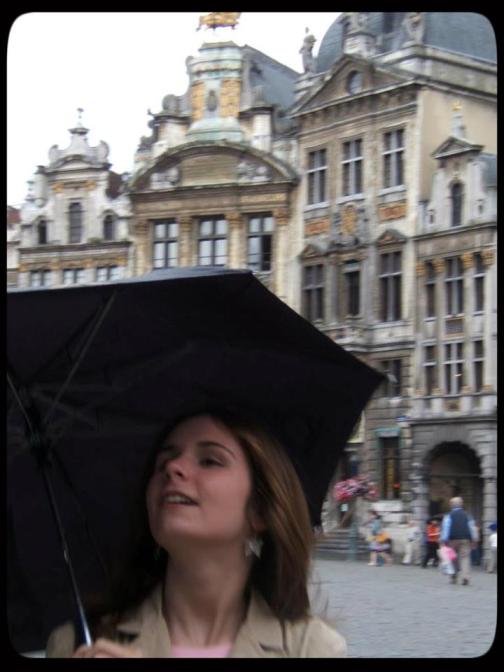 Like Loading...
‹ Books: John Snow and the Cholera Pump in London
Preparing for the Zombie Apocalypse, or I Can Stop Any Time I Want! ›